Known quite well for his role on Taxi as cab driver and boxer Tony Banta, not only did he at one time do professional boxing, he’s now a teacher at Northeast High School in Philadelphia.  You’d think it wouldn’t get much tougher than acting or boxing, but you’d be mistaken.  In regards to his job teaching English, Tony revealed it as the most trying job he’s ever had in his life, saying “The emotional tug of war that goes on is just unbelievable, and then in the midst of that if you feel that the system doesn’t support you, that your job is at risk, then it’s a very, very difficult situation to be in.”  Teaching is indeed a noble pursuit, best of luck, Tony! 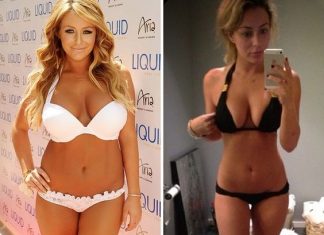 jerome - 01/27/2017
0
Hollywood Has The Most Interesting Body Transformations How some of Hollywood's most famous stars have transformed their bodies. They do it for work or for...